The deepest convictions of our heart are formed by stories and reside there in the images and emotions of story. As a young boy, around the time my heart began to suspect that the world was a fearful place and I was on my own to find my way through it, I read the story of a Scottish discus thrower from the nineteenth century. He lived in the days before professional trainers and developed his skills alone, in the highlands of his native village. He even made his own iron discus from the description he read in a book. What he did not know was that the discus used in competition was made of wood with an outer rim of iron. His was solid metal and weighed three or four times as much as those being used by his would-be challengers. This committed Scotsman marked out in his field the distance of the current record throw and trained day and night to be able to match it. For nearly a year, he labored under the self-imposed burden of the extra weight. But he became very, very good. He reached the point at which he could throw his iron discus the record distance, maybe farther. He was ready.

My Scotsman (I had begun to closely identify with him) traveled south to England for his first competition. When he arrived at the games, he was handed the official wooden discus—which he promptly threw like a tea saucer. He set a new record, a distance so far beyond those of his competitors that no one could touch him. He thus remained the uncontested champion for many years.

Something in my heart connected with this story. So, that's how you do it: Train under a great burden and you will be so far beyond the rest of the world you will be untouchable. It became a defining image for my life, formed in and from a story.

…As Eugene Peterson said, "We live in narrative, we live in story. Existence has a story shape to it. We have a beginning and an end, we have a plot, we have characters." Story is the language of the heart. …So if we're going to find the answer to the riddle of the earth—and of our own existence—we'll find it in story. 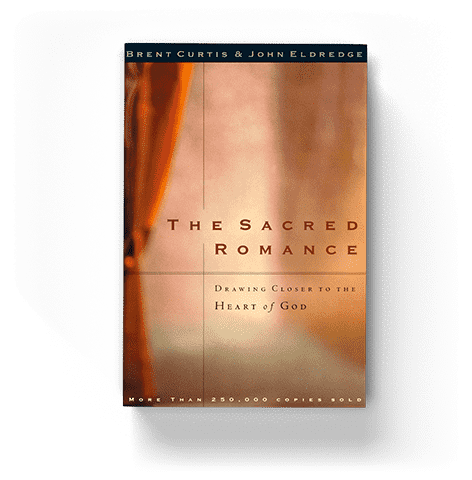