The journey to restoration is not to be done alone, and is best traveled with others on that same path.  An Outrider is a son walking the path to restoration, learning his place in the battle, and partnering with Jesus in the rescue of others. The Outrider Reload Weekend is specifically designed to lead bands of brothers, who have attended a Wild at Heart event, deeper into the journey of getting their heart back. Most men find the real battles begin after attending their first event. Restoration is possible...it has to be fought for. Sometimes we must step back from the lines and reload.
What is an Outrider? A shift in focus has lead to a deeper understanding of the “My Bunkie” painting Eldredge uses at Wild at Heart Boot Camps, and has changed everything for us and we want to share this with revelation you.
I had been to a number of Boot Camps and had been working on my cousin for four years to attend one. Finally, Jason, who was in the US Cavalry and a part of the horse detachment unit, was able to attend the Pineywoods, Texas Boot Camp a few years back. He was beyond excited to receive the image of “My Bunkie” in his packet (he was wearing the exact same uniform the day before), and began sharing much detail with me about their training. They re-enact the pic at the detachment, which is known as “Downed Rider Pickup”. He began to decipher the picture, which includes four individuals: the “Downed Rider”, “Rescuer”, and two “Outriders”. He explained that new riders to the detachment have to be rescued. The other three are the best riders. They’ve been there for a while. Not only had they been “rescued”, but each had then spent a lot of time in the saddle. The reason for this is simple…it’s dangerous. Running full speed with a 1000lb animal at a man standing on the ground in order to have him then jump on the back of that animal can go all kinds of wrong in a hurry.
That weekend, after the poser session, Jesus called me out. He said, “Stop posing as the Rescuer!” A vision of the whole picture came to mind, then He said, “You’re the Outrider,” as the image zoomed into a tight shot of the rider in the back.
I rose quickly from my nap, my cowboy hat flying from my head, amazed and completely ashamed at the same time. I had been attempting to rescue people, but was instead running them over. The frequent (and hardest hit) casualties were my wife and kids. I broke with that pose quickly and had to seek deep forgiveness to be free from the shame.
Upon my return home, I prayed and stared and listened at a picture of “My Bunkie”. God then unpacked a deeper understanding of the image. The “Downed Rider” is just that. Down. It is a person who is just being rescued for the first time or a rider who has been taken out, shot off his (or her) horse. The “Rescuer”, that’s Jesus. Notice He’s the only one with His sleeves rolled up. This is His intimate touch of restoration.  Then there are the two “Outriders”, which are there to provide cover and protection during the rescue so the “Downed Rider” can focus on Jesus and Jesus alone. The one to the right has no face and represents the Holy Spirit. The Outrider in the back…that’s the roll we are to play.
First you have to be rescued. Then you have to learn how to ride. You have to “earn your spurs”, so to speak, like they do in the US Cavalry horse detachment. Even if this “ain’t your first rodeo”, it takes time in the saddle, being trained by the best…Jesus and the Holy Spirit. When we learn to operate in our role as the Outrider in partnership with the Holy Spirit, and allow the Downed Rider to focus on Jesus and the pommel of His saddle, it’s an amazing and beautiful sight to behold!
Let’s ride!

Primary Contact:
Joseph Mize
Address:
GOODE, VA United States
Email:
joseph@revealedimage.org
Website:
http://revealedimage.org
Reviews Add a Review
5
Outriders Boot Camp
By Shannon A on July 09, 2017
The Outriders Boot Camp was was really impactful. The team did an amazing job setting the stage for Dad to come and do his work on me. Several sessions really opened my eyes and heartand the presenters were well prepared and kept it very real. So glad I made the trip. If you live on the east coast - especially Virginia, you really need to get to the next event. It will change you. This is NOT a youth rally for men or your typical men's weekend retreat. This is something that has the power to impact the rest of your life, your marriage and your family.
5
The Outrider Boot Camp
By Jason K on June 18, 2017
The Outrider is an excellent men's conference/boot camp based on Wild at Heart by John Eldredge and based in Virginia. I've been to the Wild at Heart conference with Eldredge in Colorado and several ManAlive Expeditions based on Wild at Heart in Arkansas. The Outrider is very similar but expands the Wild at Heart message to Virginia now. I was very impressed with the hearts and passion with which these men spoke and was personally impacted by Jason, who spoke on the Poser from a perspective that had never impacted me so much before. I am glad I made the trip and I'm sure you will be as well! 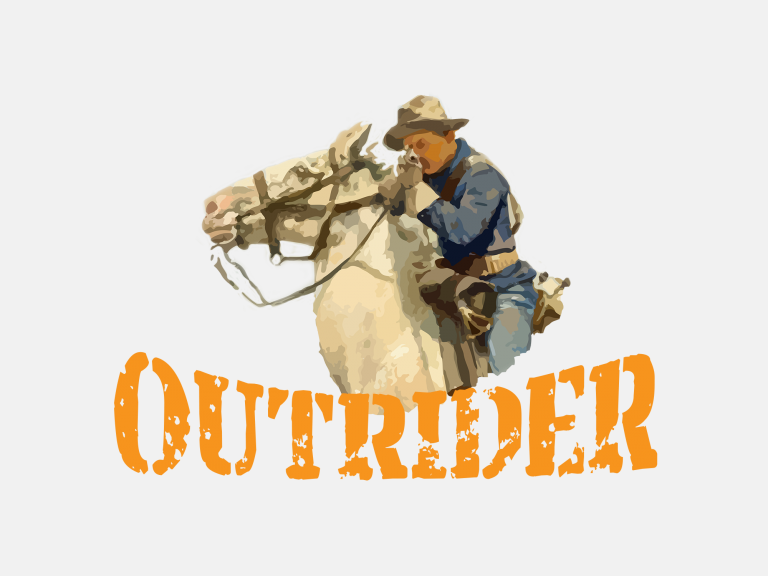