Your Greatest Weapon in Warfare

No discussion of holiness is true or helpful without a healthy appreciation for how earnestly Satan wants to destroy us. Steal, kill, and destroy is how Jesus described it (John 10:10). Satan lured Adam and Eve to compromise one single act, one slip of holiness, and from there he has brought unspeakable carnage to the human race and to the earth. Friends, he hasn’t stopped his war against us.

After years of ignoring this reality and paying for my ignorance (which is often in us a chosen naïveté), followed by decades taking up sword and shield and fighting the good fight for myself, I have come to adore something Jesus says shortly before Gethsemane and the cross. He urges us not to let our hearts be afraid. Then he says to his close companions, “I will not speak with you much longer, for the prince of this world is coming. He has no hold on me, but the world must learn that I love the Father and that I do exactly what my Father has commanded me.” (John 14:30–31)

He has no hold on me?!! Do you have any idea what a relief this would be? Just imagine for a moment if you were fortressed to all the ploys, accusations, temptations, snares, assaults, and deceptions of the enemy. What would it be like if they had no effect on you? Your life would be a joy to live.

Want more? Order your copy of Free to Live today 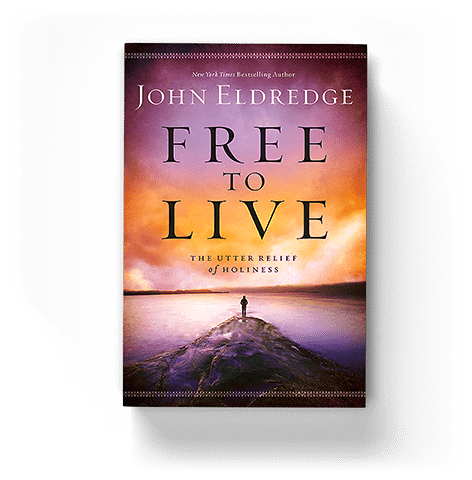