You, My Friend, Have an Enemy

0
0
0
0
Undoing of Evil
An Internal Revolution

I drove you in disgrace from the mount of God,
and I expelled you, O guardian cherub,
from among the fiery stones. (Ezekiel 28:16)

So evil entered the Story.

I am staggered by the level of naïveté that most people live with regarding evil. They don't take it seriously. They don't live as though the Story has a Villain. Not the devil prancing about in red tights, carrying a pitchfork, but the incarnation of the very worst of every enemy you've met in every other story. Dear God—the Holocaust, child prostitution, terrorist bombings, genocidal governments. What is it going to take for us to take evil seriously?

Life is very confusing if you do not take into account that there is a Villain. That you, my friend, have an Enemy.

One of the things that surprised me when I first read the New Testament seriously was that it talked so much about a Dark Power in the universe—a mighty evil spirit who was held to be the Power behind death, disease, and sin ... Christianity thinks this Dark Power was created by God, and was good when he was created, and went wrong. Christianity agrees ... this is a universe at war.  (C. S. Lewis, Mere Christianity)

Satan mounted his rebellion through the power of an idea: God is holding out on us. After their insurrection was squelched, and they were hurled from the high walls of heaven, that question lingers like smoke from a forest fire: Is God truly good? Is he holding out on us? 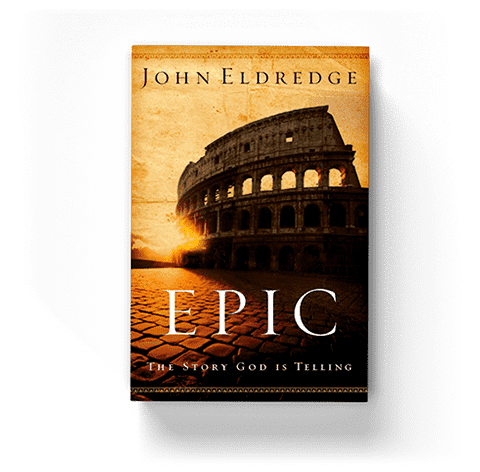