Early on in the fanfare of his public appearances, Jesus gives what will become known as the famous Sermon on the Mount. This is a “big moment” for Jesus. He has laid out in detail his understanding of a life that pleases God; he has, so to speak, driven a stake in the ground. His star is ascending, crowds are growing, and the religious leaders are watching his every move. Watch what Jesus does next:

Large crowds followed Jesus as he came down the mountainside. Suddenly, a man with leprosy approached him and knelt before him. “Lord,” the man said, “if you are willing, you can heal me and make me clean.” Jesus reached out and touched him. “I am willing,” he said. “Be healed!” And instantly the leprosy disappeared. (Matthew 8:1–3 NLT)

Clothed in rags, bandanna over the face, hair dirty and matted. Talk about ostracism. In Israel at that time, to get within a stone’s throw of someone so diseased was to jeopardize your own righteousness and reputation.

So, that is the danger Jesus is faced with. The man comes near Jesus—but not too near. What does Jesus do? He reaches out and touches him. Jesus doesn’t need to come in contact with the man in order to heal him. There are many accounts where all he does is say the word and people are healed, even people a county away. Yet he touches him. Why?! Because this is the one thing the man needs. No one has touched him for a very long time.

The kindness of Jesus in this one act is enough to make me fall in love with him. But so is his scandalous freedom. Jesus doesn’t seem to care. Or better, he cares very deeply about the right things. The risks Jesus is willing to take with his reputation are simply stunning. 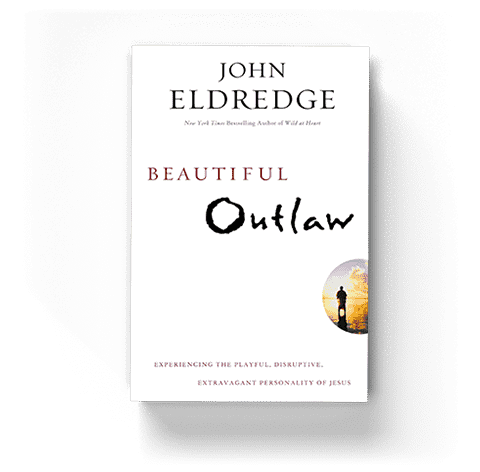