The book 'Killing Lions' is a conversation between John and Sam Eldredge about the trials young men face.

[John]  Almost all initiation rituals handed down for centuries involved physical trials for young men. After finishing their training in a secret valley, the young warriors of Kauai had to swim home—miles in the open ocean. Sioux braves spent nights out on a mountain alone. For centuries the Maasai killed lions. Our elders knew that men learn by doing. It is one thing to be told you possess a genuine strength but another thing altogether to discover for yourself that you do. This is why hard work is so important for young men. If your friend could see his work in “hell” not as failure, not as a prison sentence, but as his lion to slay, he could come at it with a whole new perspective. Even if he only sticks it out another six months, he can walk away with blood on his hands and the sense of “I did that. I won. I can handle it.”

Our starting place is to ask God what he thinks of us, to allow our Father to speak to us as sons. Then from there we begin to get active in the process of seeking and receiving identity and validation. God always treats a man like a man; he honors our involvement, invites our participation. Get active in the process: Where do you feel weak? Where do you need some shoring up?

"Killing lions” is all about finding validation through genuine victories fought out of our true heart, from which we emerge with a genuine strength and sense of self. When you know you have accomplished that, it settles some important questions deep inside and allows you to move into your world with courage. The most fearsome lions will be the ones that roar with the sound of our historic shame, trying to cower us back into the false self, back to the script we were handed not by God but by The World (and ultimately by the evil one).

Want more? Get your copy of Killing Lions today 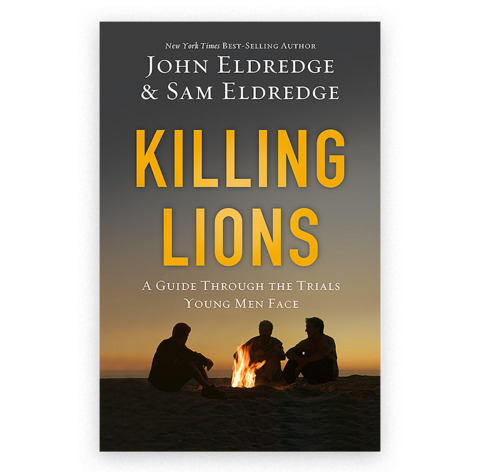