In the mythic story of The Lion King, the lion cub Simba is separated in his youth from his father through a murder engineered by his uncle, Scar, the character symbolizing the evil one in our story. Scar arranges for the cub to be caught in a stampede of wildebeests, knowing that his father, Mufasa, will risk his life to save his son. He does, and Simba is saved, but Mufasa is killed. Scar then turns on Simba and accuses him, at such a vulnerable and desperate moment, of causing his father's death. Brokenhearted, frightened, racked with guilt, Simba runs away from home.

This is the enemy's one central purpose—to separate us from the Father. He uses neglect to whisper, You see—no one cares. You're not worth caring about. He uses a sudden loss of innocence to whisper, This is a dangerous world, and you are alone. You've been abandoned. He uses assaults and abuses to scream at a boy, This is all you are good for. And in this way he makes it nearly impossible for us to know what Jesus knew, makes it so very, very hard to come home to the Father's heart toward us. The details of each story are unique to the boy, but the effect is always a wound in the soul, and with it separation from and suspicion of the Father.

It's been very effective.

But God is not willing to simply let that be the end of the story. Not in any man's life. Remember what Jesus taught us about the Father's heart in the parable of the lost son: "But while he was still a long way off, his father saw him and was filled with compassion for him; he ran to his son, threw his arms around him and kissed him" (Luke 15:20 NIV). Filled with compassion, our Father God will come like a loving Father, and take us close to his heart. He will also take us back to heal the wounds, finish things that didn't get finished. He will come for the boy, no matter how old he might now be, and make him his Beloved Son.

Want more? Order your copy of Fathered By God today 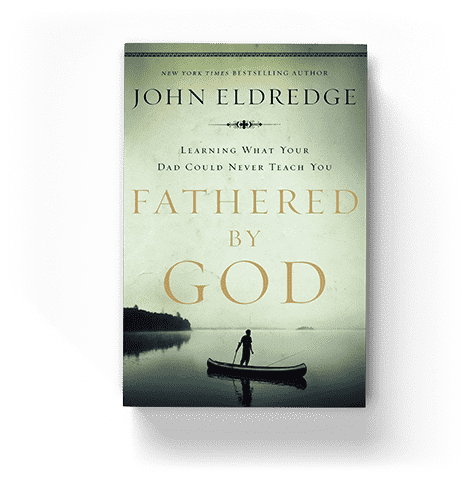