God created us in freedom to be his intimate allies, and he will not give up on us. He seeks his allies still. Not religion. Not good church people. Lovers. Allies. Friends of the deepest sort.

I will give them a heart to know me, that I am the LORD. They will be my people, and I will be their God, for they will return to me with all their heart. (Jer. 24:7)

It is the most beautiful of all love stories. On the other hand, Kierkegaard's tale The King and the Maiden doesn't capture the cost the King will have to pay to ransom his Beloved. He'll have to die.

Have you noticed that in the great stories the hero must often die to win the freedom of his beloved?

William Wallace is slowly and brutally tortured for daring to oppose the wicked king. He is executed (upon a cross), and yet his death breaks the grip that darkness has held over Scotland. Neo is the Chosen One, faster and more daring than any other before him. Even so, he is killed—shot in the chest at point-blank range. His death and resurrection shatter the power of the Matrix, set the captives free.

Aslan dies upon the stone table for the traitor Edmund and for all Narnia. Maximus dies in the arena to win the freedom of his friends and all Rome. They are all pictures of an even greater sacrifice.

Remember, God warned us back in the Garden that the price of our mistrust and disobedience would be death. Not just a physical death, but a spiritual death—to be separated from God and life and all the beauty, intimacy, and adventure forever. Through an act of our own free will, we became the hostages of the Kingdom of Darkness and death. The only way out is ransom. 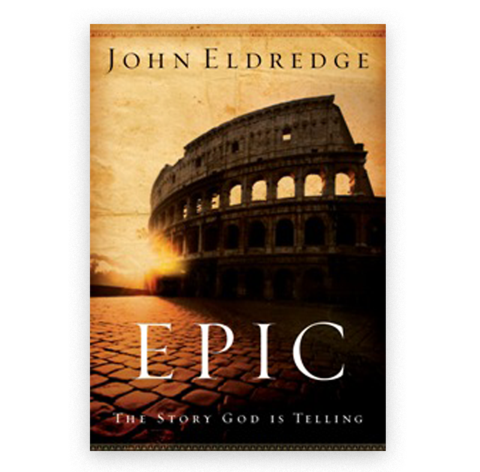