Every man wants a battle to fight. It's the whole thing with boys and weapons. And look at the movies men love—Braveheart, Gladiator, Top Gun, High Noon, Saving Private Ryan. Men are made for battle. (And ladies, don't you love the heroes of those movies? You might not want to fight in a war, but don't you long for a man who will fight for you? To have Daniel Day-Lewis look you in the eyes and say, "No matter how long it takes, no matter how far, I will find you"? Women don't fear a man's strength if he is a good man.)

Men also long for adventure. Adventure is a deeply spiritual longing in the heart of every man. Adventure requires something of us, puts us to the test. Though we may fear the test, at the same time we yearn to be tested, to discover that we have what it takes.

Finally, every man longs for a Beauty to rescue. He really does. Where would Robin Hood be without Marian, or King Arthur without Guinevere? Lonely men fighting lonely battles. You see, it's not just that a man needs a battle to fight. He needs someone to fight for. There is nothing that inspires a man to courage so much as the woman he loves. Most of the daring (and okay, sometimes ridiculous) things young men do are to impress the girls. Men go to war carrying photos of their sweethearts in their wallets—that is a metaphor of this deeper longing to fight for the Beauty. This is not to say that a woman is a "helpless creature" who can't live her life without a man. I'm saying that men long to offer their strength on behalf of a woman.

Now—can you see how the desires of a man's heart and the desires of a woman's heart were at least meant to fit beautifully together? A woman in the presence of a good man, a real man, loves being a woman. His strength allows her feminine heart to flourish. His pursuit draws out her beauty. And a man in the presence of a real woman loves being a man. Her beauty arouses him to play the man; it draws out his strength. She inspires him to be a hero. 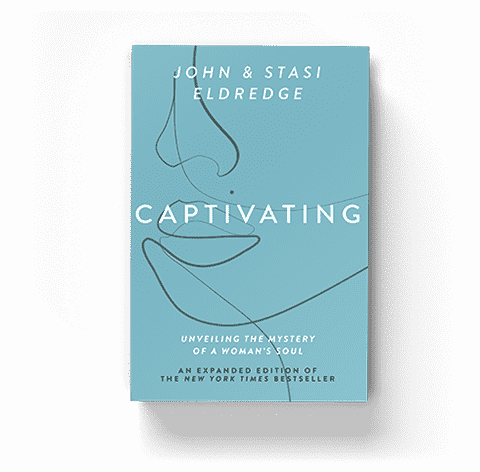