The Crown of Creation

0
0
0
0
Breaking the Stronghold
Just Warming Up

God sets his own image on the earth. He creates a being like himself. He creates a son. The LORD God formed the man from the dust of the ground and breathed into his nostrils the breath of life, and the man became a living being. (Gen. 2:7)

It is nearing the end of the sixth day, the end of the Creator's great labor, as Adam steps forth, the image of God, the triumph of his work. He alone is pronounced the son of God. Nothing in creation even comes close. Picture Michelangelo's David. He is ... magnificent. Truly, the masterpiece seems complete. And yet, the Master says that something is not good, not right. Something is missing ... and that something is Eve.

The Lord God cast a deep slumber on the human, and he slept, and He took one of his ribs and closed over the flesh where it had been, and the Lord God built the rib He had taken from the human into a woman and He brought her to the human. (Gen. 2:21-23 Alter)

She is the crescendo, the final, astonishing work of God. Woman. In one last flourish creation comes to a finish not with Adam, but with Eve. She is the Master's finishing touch. How we wish this were an illustrated book, and we could show you now some painting or sculpture that captures this, like the stunning Greek sculpture of the goddess Nike of Samothrace, the winged beauty, just alighting on the prow of a great ship, her beautiful form revealed through the thin veils that sweep around her. Eve is ... breathtaking.

Given the way creation unfolds, how it builds to ever higher and higher works of art, can there be any doubt that Eve is the crown of creation? Not an afterthought. Not a nice addition like an ornament on a tree. She is God's final touch, his pièce de résistance. She fills a place in the world nothing and no one else can fill.

Want more? Get your copy of Captivating today 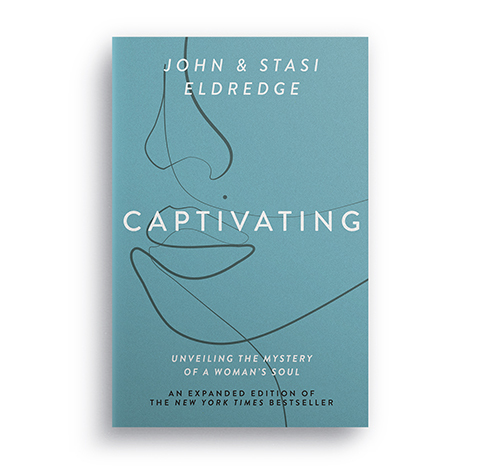