I have mentioned before that I hate endings, partings, goodbyes; even “see you laters” can be fraught with emotion for me when I don’t have any idea when the “later” will be.

We have had horses for 17 years. They have been boarded at Wolf Ranch 3 minutes from our home. One of them was Kokolo, a gorgeous paint, Blaine’s horse.  But when Blaine got busy in high school and then moved away first to college then to grad school - well, he was John and my horse.  He was a noble horse. Regal as only a horse can be regal.  He was mighty yet gentle. Opinionated yet never once reared up in all his years.  When colic took his life oh so suddenly 3 years ago, the loss of him was heartbreaking to us all.  Heartbreaking.

Even if Kokolo hadn’t seen Blaine for 9 months, he would rejoice in recognition, whinnying in delight at their reunion.  In Kokolo’s heart, though I know he loved John and I, he remained Blaine’s horse.  Blaine was the only one who could leap onto Kokolo’s back with no saddle and together run in glory.  It was a sight to see.

But it was me who took care of Kokolo most of the time for many years.  It was me who gave him grain and groomed him.  It was me who took him out to the pasture and brought him back in; me who tended him when ill, me who waited while the vet did her thing, me who stood mostly patiently by holding him steady while the farrier cared for him.  It was me with all of them.  I admit that I am aware my memory plays tricks on me now enlarging my role.  It certainly wasn’t always me.  Not even close. But still.  I have my memories.  I have those years.

I didn’t grow up with horses.  I didn’t dream of them as a child or an adult.  My husband did all three.  In my forties, they were thrust upon me - though I was willing.  In those early years, my Father was teaching me a whole new terrain of my heart through them calling me to rise up and learn.  To not give in to fear at the horse’s power.  To become strong.  To grow. To love them.  To let them heal me in ways I didn’t know I needed.

And I did.  I studied.  I worked.  I grew.  I healed.  My heart changed - enlarging in places to the shape of a horse.

Kokolo’s long term companion is Whistle, a beautiful bay with two white socks on his rear legs.  He was a cutting horse in his youth - of fine pedigree and is stunning.  Horse people always ask about his line.  Whistle is gentle yet needs much assurance - coming close and nuzzling often.  Whistle is John’s horse.  A natural horseman, only he could give Whistle the assurance that he needed. Watching them together was a living symphony.  John - so at home on Whistle, Whistle exhibiting his glory stride by stride.

Whistle got injured 4 years ago.  He can no longer be ridden but his beauty is not diminished.  Still the loss of that glory stung.  The vet thought we should consider putting him down.  John said an unequivocal “No.” and nursed him slowly, day by day over many months back to the place where Whistle could walk again without a limp - and now - well, now Whistle can run.

When Kokolo died, the cries from Whistle lasted for two days - sounds no one at the stable had ever heard from a horse before.  Sounds that would break your heart.  Whistle grieved for months.  Perhaps he grieves still.  I know he remembers.  We sure do.

The stable provided new companionship for Whistle, so he wasn’t alone but none of these horses were Kokolo - the horse he had grazed with, run with and sometimes been run off by for 17 years.  It’s been hard.

Today, Whistle was trailered by John off the ranch Whistle has known for the better part of his life.  He is going to live on Blaine’s farm now.  He got into the trailer easily but became anxious once inside - whinnying for his old life.  We prayed.  I pray even now - peace to his heart.  Peace and ease to the transition.  He is moving an hour away. He will be cared for and loved well and soon meet a new companion horse.  I am so grateful that he is tucking in even more closely to our family.  I will still see him though not nearly as often.  No, not nearly as often.

I have been going to Wolf Ranch for the better part of 17 years.  Today was an ending.  A goodbye.  A passing with no “see you later” to the place.

I took pictures of Whistle’s stall, the stall that used to be Kokolo’s. The stall I have wept with Whistle in, told my secrets to, prayed over, and tended.  I paid attention to the fragrance, listened to the unique sound of my footsteps on the sandy gravel soaking it all in.  I stood and remembered the place of learning, the place of apprenticeship, the place of challenge and beauty and longing and Fathering and loss and love.

I wept.  My heart clenching in my chest.  My tears falling in longing to hold on to the goodness and my soul almost bursting with the hope of the End to endings that can’t come soon enough. 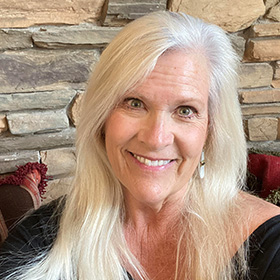