And there was the baby, lying in the manger.
Luke 2:16 nlt

Much of the famous artwork depicting Jesus is beautiful, but the artists also make it difficult to remember that Jesus was human. The incarnation is one of the greatest treasures of your faith. The world keeps pushing God away, feeling more comfortable with him up in the heavens somewhere. But in the coming of Jesus he draws near. Incredibly near. How could he possibly get closer? He nurses at Mary’s breast.

One of my favorite meditations comes from this passage by G. K. Chesterton: “The strange kings fade into a far country and the mountains resound no more with the feet of the shepherds; and only the night and the cavern lie in fold upon fold over something more human than humanity.”

Savor that—the manger Mary used as a cradle held something more human than humanity. Do you think of Jesus as the most human human-being who ever lived? It’s true.

The ravages of sin, neglect, and abuse have left you but a shadow of what you were meant to be. Jesus’ favorite title for himself was the Son of Man. Too much “heavens” stuff pushes Jesus away. His humanity brings him close again.

———————————
O Jesus—thank you for embracing humanity in order to rescue my humanity. I give my humanity to you again this day, to be restored in your image.

Want more? Get your copy of Restoration Year today 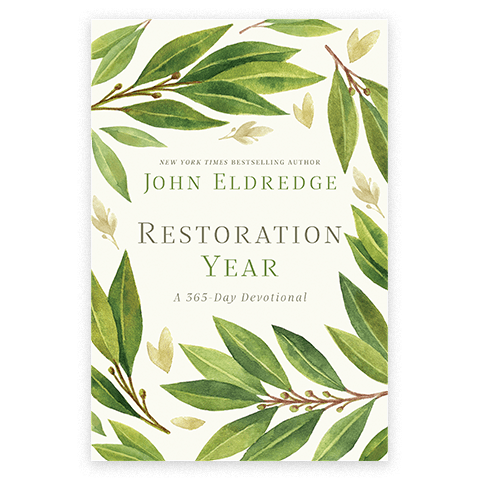