Picture in your mind's eye an image of a great warrior, a renowned champion, returning home from far off lands. His fame has long preceded him, and now the reports of his feats are confirmed by the scars he bears, the remembrance of wounds more noble than any tokens of honor. With dignity he moves up the main causeway of the city, lined with the faces of his people, the very people for whom he has fought bravely, whose freedom he has secured. The warrior has returned after years on the field of battle, returning only when triumph was achieved and not a moment before. This is his homecoming, and it is as a conquering hero he returns. Before him, at the head of the street, stands the king, who is his father. The scene is both a homecoming, and a coronation. For the father-king will now hand the kingdom over to his son.

Who is this coming from Edom,
from Bozrah, with his garments stained crimson?
Who is this, robed in splendor,
striding forward in the greatness of his strength?
"It is I, speaking in righteousness,
mighty to save."   (Isa. 63:1 NIV)

After he had provided purification for sins, he sat down at the right hand of the Majesty in heaven...about the Son he says, "Your throne, O God, will last for ever and ever." (Hebrews 1:3,8 NIV)

It could be a passage from David's life, for he came to the throne after proving himself as a warrior. But I am referring to Jesus, of course, and while this is all quite true—biblically, historically—I'm afraid the power of it eludes us. Few of us have ever lived in a kingdom, under a king. Even fewer have ever met one.

Jesus lived the days of his youth as the Beloved Son, secure in his father's love. He matured as a young man working in the carpenter's shop, and through his time in the wilderness. And then he went to war, and as the great Warrior he rescued his people from the kingdom of darkness, threw down the dark prince, set the captives free. As Lover, he wooed and won the hearts of his bride. And now, he reigns as King. Thus the progression of his life as a man, and thus ours.

Want more? Get your copy of Fathered By God today 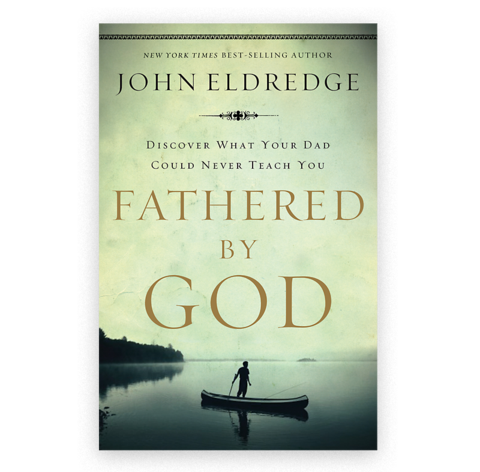