Now Peter was sitting out in the courtyard, and a servant girl came to him. “You also were with Jesus of Galilee,” she said. But he denied it before them all. “I don’t know what you’re talking about,” he said. Then he went out to the gateway, where another servant girl saw him and said to the people there, “This fellow was with Jesus of Nazareth.” He denied it again, with an oath: “I don’t know the man!” After a little while, those standing there went up to Peter and said, “Surely you are one of them; your accent gives you away.” Then he began to call down curses, and he swore to them, “I don’t know the man!” Immediately a rooster crowed. (Matthew 26:69–74)

Survival situations bring out the best and the worst in people.

Who we are, what we love, and how far we are willing to trust God are revealed when we are truly hard-pressed.

There is poor Peter, of course, and the call of the rooster. But another revealing story—especially in terms of the fear of not having enough—comes to us from the life of the young church. Things are still turbulent. Revival is happening, but so is persecution. The infamous Ananias and Sapphira sell some real estate, and the problem isn’t that they kept part of the cash for themselves; the issue is they pretend they are sharing it all with the poor. They want to look sacrificial while living selfishly. The duplicity is the issue. I think the fear of not having enough causes them to hoard, but they lie to the apostles and say they aren’t. Things don’t go so well after that.

Pressure brings it all to the surface.

Military training is designed to do exactly this—strip away all pretense and expose what’s really in you, see what you’re made of. All those popular outdoor leadership programs have a similar goal but take a less severe approach. They simply drop people into the backcountry—far beyond the Comfort Culture—push them past their normal limits, and see what comes out.

Most of the time what comes out is not something we wanted the world to see.

Marriage and parenting do this too, famously so, but it takes place over years not weeks, and less publicly, so the exposure isn’t as immediate. But you are revealed for who you are nevertheless. How you respond to these challenges is one of your most important tests. 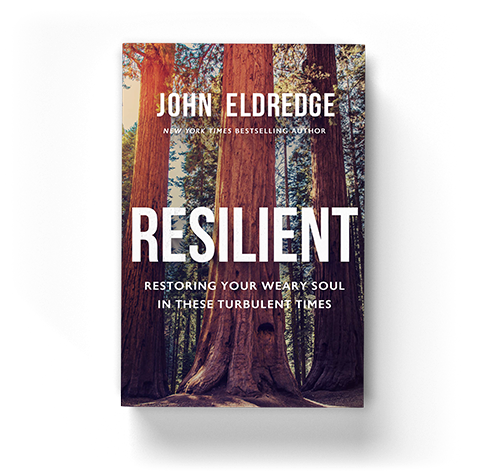