And so the "Bootcamp Wyoming" was born.  First off we need to clarify something.  Even though it is called Bootcamp Wyoming, the camp itself is held at the Trails End Camp which is in the south eastern corner of Montana.  However, we chose the title based on 95% of the camp leadership team that would put on the Wild @ Heart bootcamps, were from churchs in Wyoming.

We held our first camp by ourselves in March of 2012.  We figured we would have around 20-25 people show up since this was our first one.  We were amazed at what plans God had in store for us when over 65 guys showed up.  Due to such an amazing success it was determined to have another one in August of 2012.  God lead over 40 guys to camp that weekend it August.

I think after the success of both Bootcamps in 2012, we started to realize that we hadn't even scratched the surface of the amount of men in our tri-state region (South Dakota, Montana, & Wyoming) with whom would benefit from attending the Wild @ Heart bootcamp.

One of the major differences between our camp and the official camp in Colorado led by John and his group is (no matter the weather) we have activities to keep the men busy inbetween their sessions.  Whether it is the zip line, paintball, pistol range, trap range, or long range rifle, mountain biking, horseback riding, and just good ol' fashioned walking, the camp has so much to offer.

Another reason why we realized we have definitely found a home for our camps for years to come has to be Jim and his staff.  They are so friendly and very customer service based.  If there's something you need, then they bend over backwards to try and make it happen.  But evenmore important than that is the FOOD!

All of us thoroughly enjoy the work that God has planned for us in trying to reach Men and help them rescue/recover their heart.

Please contact us if you are in our area and want to attend one of our Bootcamps.

Primary Contact:
Randy Milliron
Address:
Gillette, WY United States
Website:
https://www.facebook.com/groups/409830162378148/
Reviews Add a Review
5
Not just for the mature Christian...
By Damon Cain on February 12, 2013
Boot Camp continues to be an awesome, inspired,God-breathed experience...for those men who know men in their lives that don't know God well, or at all, or those who find themselves alone and struggling to understand their place in life, this camp its for you. Those men who have a past they can't seem to shake, those men who aren't satisfied with the current state of their existance, this camp is for you. Those men who seek to hear God clearly, maybe for the very first time, this camp is for you. For those men who are tired of the same old "men's retreat", this camp is for you. This isn't holding hands and singing songs-this is a call to something greater than ourselves, something dangerous, adventurous, real. This is a call to battle, allies with each other and with God.
5
Great food, great company, but even greater God
By Randy Milliron on February 06, 2013
The March 2012 Wild at Heart Bootcamp Wyoming was the first bootcamp we hosted at Trails End Ranch in Ekalaka, MT. When we went up to take a look at their facilities, the members of the leadership group just looked around and then at each other uttering the same thoughts, "We've found our home!" Each camp is special in its own way. Different people, different challenges, and different chores God has for you to carry out. I'm so thankful not only for the leadership team, the staff at Trails End, but mostly to God because he always shows up and blesses us with a great camp. I would recommend this to any church going or non-church going Man out there. The teachings and how easily John lays out the gospel really can have a huge impact on you, your life, and your family. God bless. Randy 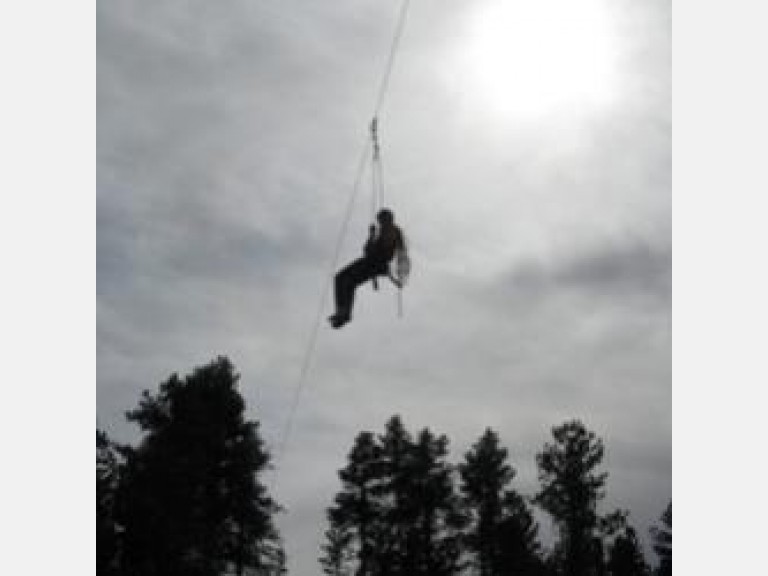